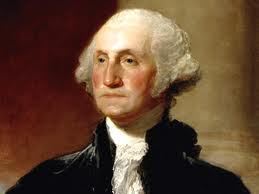 
"Let me... warn you in the most solemn manner against the baneful effects of the spirit of party...

It serves always to distract the public councils and enfeeble the public administration. It agitates the community with ill-founded jealousies and false alarms, kindles the animosity of one part against another, foments occasionally riot and insurrection. It opens the door to foreign influence and corruption, which finds a facilitated access to the government itself through the channels of party passions.

There is an opinion that parties in free countries are useful checks upon the administration of the government and serve to keep alive the spirit of liberty. This within certain limits is probably true; and in governments of a monarchical cast, patriotism may look with indulgence, if not with favor, upon the spirit of party. But... in governments purely elective, it is a spirit not to be encouraged. From their natural tendency, it is certain there will always be enough of that spirit for every salutary purpose. And there being constant danger of excess, the effort ought to be by force of public opinion, to mitigate and assuage it. A fire not to be quenched, it demands a uniform vigilance to prevent its bursting into a flame, lest, instead of warming, it should consume."

While it is true that both of the major parties are playing fast and loos with the truth, the fact is that the Republican Party isn't merely exaggerating, or mis-stating, facts.  It's making stuff up out of whole cloth.  And lying isn't something any of us should support.

But whatever your opinions on the matter, they do not matter if you do not vote.  Be sure to cast your vote this election day.