The Post's hideous new PBPulse is DOA. (And if we're lucky, it'll stay that way.)

What's more embarrassing that rolling out a brand new website and having readers complain about the excessive use of animation and graphics?

Having that website collapse from trying to serve out its excessive animation and graphics in less than 24 hours:

Do you see the gaping flaw in the logic? If it were traffic causing the problem, then that same traffic should be swamping out the "lite" version of the site. When websites are inundated by traffic, the only solution is increasing the available bandwidth; adding servers.

But the Post webmaster fixed the real problem - the horribly cludgy graphics-intensive web page. He dumped the loathsome slick package for something simple and lo and behold, everything is fine.

As you some of you may know, I maintain a blog about the local theatre scene. That means I read all the major dailies, looking for their reviews or promo pieces. I can't even tell you if there's a place for theatre news and reviews in the lifeless "PBPulse." Stories seem to be haphazardly slapped across the page, with no rhyme or reason. The only theater story shown was from last year - and it was about a show in New York City.

Frankly, if I want to know about shows on Broadway, I'll read the New York Times or the Wall Street Journal. When I read the Post - and the Sun-Sentinel, and the Shiny Sheet, and the Herald - I'm doing it to find out what's going on around me. I don't actually give a rat's ass about what's playing in NYC. I can't afford to go there to see shows.

Even the Post's own site map has been reduced to useless garbage by this half-witted "upgrade." A newspaper that prevents you from reading the stories in it is an exceptionally useless endeavor.

In fact, this lame excuse for the Entertainment section seems to be emulating People Magazine. Now, that's all well and good, but for celebrity gossip, I'll go to People.com. And so will everyone else.

What we need from the Post is Palm Beach - and South Florida - news.

Dump the "Pulse," and whatever dimwitted moron thought it was a good idea to roll out untried technology on a huge festival weekend, put back the old site, and cover more local news.
No comments:

Email ThisBlogThis!Share to TwitterShare to FacebookShare to Pinterest
Links to this post Labels: hell in a handbasket

I sure do. It was a sweet ride; a '97 Honda Accord Special Edition. Custom wheels, sunroof, dual airbags, ABS, power everything. 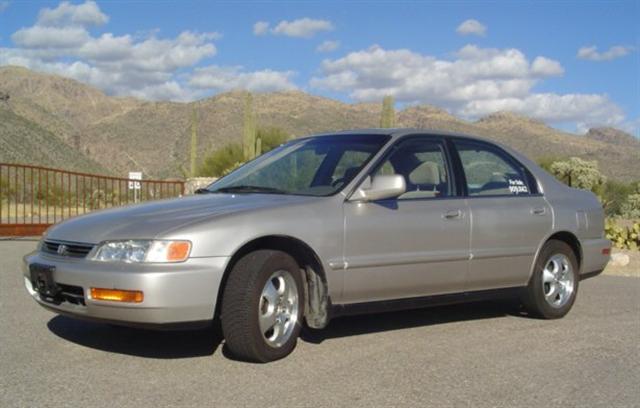 As you may recall, I discovered the theft the day before Thanksgiving, 2007. I walked out to discover an empty space.

The reason I bring this up is that this morning the Miami-Dade Police called to tell me that my car has been found.

All I could get out of them is that it had been called in by a security guard who found it "on the property." That it "appeared abandoned" and "had been stripped of VIN and tag." What kind of condition is it in? "We don't know."

I called the towing company that had the car, and asked the same question. "You'll have to come down and see, I dunno."

So I drove to Hialeah, to see what kind of condition it was in. I figured that the wheels had been stripped, and of course the stereo, but held a dim hope that maybe it was salvageable and I could get rid of the Last Chevy I Will Ever Own.

I was sorting through scenarios in my head:
- if they'd taken the wheels, I'd probably have to have brake work done, too, and maybe an exhaust system if it had been dragged onto a flat bed. But that would be totally worth the investment.
- if they'd stripped the seats, I'd have to make some calls to see what replacements would cost, but if the drive train was intact, it might still be worth it.
- of course, if the thing had been picked clean, I'd just scrap it. It's probably been picked over pretty good, I figure. Ouch! I walked to the other side: I can't decide if they played "destruction derby" with it, or if they just rammed into something as hard as they could.

But the fuckers probably walked away from it: Other than the radio and the spare/jack, every part of the car appeared to be there, more or less. The trunk and glove compartment were spotless. But from the rust, they probably wrecked it shortly after they took it from me.

If you'll recall, I was only insured for liability, so I had to replace the car out of my pocket.

So I asked the guy behind the window if I could just sign it over for scrap, since it's never going to be a car again.

"Well, ya still have to pay what you owe on it."

Insult on top of my injury; I owe $265 to the towing company. For a car that's a total loss.

I sigh, and pull out my wallet.

The title was in the glove compartment, so before I can even do that, I have to get a duplicate title.

I have to spend money to get a duplicate title so I can pay them $265 to scrap my stolen car.

Here's the thing: the bastards who stole it could have sold it to a chop shop, and I'd have ended up with carcass, but at least these fuckers would have made money off the deal. I'd still be totally screwed, but it would have made some kind of sense.

They just trashed the damned thing for kicks.

And if that weren't bad enough, I'm left driving a fucking Chevrolet.
7 comments:


OF course! How could I forget? But even that commercial seems to remind me of something...earlier.....

''They were not chasing the vehicle, they were following it,'' he said. ``There was no reason for their [sirens and lights] to be on because they were not in a pursuit and were not initiating a traffic stop.''
- Miami-Dade Detective Bobby Williams.

Now, a police officer who knocked a pedestrian out of his shoes and sent him flying 50 feet through the air to his death wasn't speeding.

In a statement released Tuesday, the Miami-Dade Police Department said the officer was reporting to duty in a marked police vehicle at the time of the crash, but speed was not a factor.
- Miami Herald article.

Yesterday, the news was full of reports that contradict the story from the Miami-Dade Police department. His wife reported:

''We were coming out of the store and were starting to cross the street. My husband saw the car coming and pushed me back out of the way. The car just took him with it.''
-per the Miami Herald article

From the WFOR News report:

Witnesses said Jose Munoz, 67, was crossing near Southwest 344 Street and 9th Avenue when he was struck by a police cruiser traveling at a high rate of speed without any emergency lights or sirens. The impact was so great it knocked the man out of his shoes. Witnesses said his body flew more than 50 feet before it hit the ground.

To which the Miami-Dade Police Department responded:

Miami Dade Police released a statement that said their police cruiser "was traveling in routine mode" when Munoz was hit.

And yet someone who actually saw the accident tells a different story:

"The old man was walking. The next thing you know, the officer was flying like a bat out of hell, hit the old man."

"The man flipped three times in the air."


I'd like to believe that the police officer wasn't speeding. I really would. But I have to consider that these are the same idiots who tried to tell us that the high-speed pursuit that killed 23 year old Anayency Velasquez wasn't a pursuit.

Right now, the assurances of the Miami-Dade Police Department are far from reassuring.

"..this has also shooken the office up, and they just gave him a couple of days...to be able to gather his thoughts."

That's nice. A couple of days off while he works out a believable story. How many civilians have they let go home under similar conditions, I wonder?
1 comment:

Great article about a group aiding people with Celiac Disease in the Palm Beach Post.

When a $12 baguette tempted Phyllis Kessler in a grocery store aisle, she did not scoff at the price, but instead savored the anticipation of a piece of garlic toast.

Yes, I too have licked my lips over that $12 baguette. But those gluten-free versions of food are expensive.

Four months later, Kessler and her Delray Beach-based celiac support group have raised more than $9,000 to help those too poor to buy substitutes.

She and the folks at the Celiac Disease Foundation of South Florida call it their Gluten Free Food Assistance Program. They believe it's the only one like it in the country.

Now, who's going to help me get more bars to carry Redbridge? 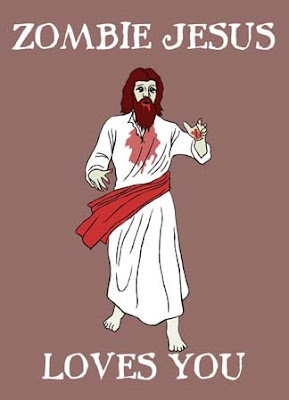 Why FPL wants a rate hike

Gotta pay for those raises somehow!

Another good one from badgods.com.
No comments:

GOLF: The Next Level