MetroRail needs to fire their security company, 50 State Security, before they get the county sued.  Over on CarlosMiller.com, Carlos miller reports that guards provided by 50 State Security seized his camera, and then assaulted him and tried to take his iPhone when he started filming with that.


The bad news for MetroRail and 50 State Security; it's all on tape.

Two things to be aware of:
Make no mistake; Miller's property was stolen.  It was ripped out of his hands. The 50 State Security guards committed a felony.  And even if Miller decides not press charges, MetroRail better fire these bozos pronto.  Our government has no business employing criminals.

No one is safe while 50 State Security is on the job.
12 comments:

It's official.  John Callahan, possible the world's most offensive cartoonist, has died.

If you'd seen Callahan's cartoons, they probably offended the hell out of you.  He didn't "test boundaries," he didn't merely cross the line,  he left the line waaay back there somewhere.  He expressed ideas we didn't even have the guts to imagine.  He made Gary Larson look mainstream and normal.

Typical is the drawing the Grim Reaper, walking down the street with two Grim Reaper Children.  Across the street is someone with a box full of puppies they're trying to give away.  One of the Reaper children is tugging on the parent Reaper's arm, saying "Mommy! Mommy! Can we kill the puppies?"

A quadraplegic, he titled his autobiography "He Won't Get Far On Foot."  The
cover featured a sheriff's posse surrounding an empty wheel chair in the
middle of the desert.  A later work was titled "Will the real John Callahan Please Stand Up."  He found humor in exposing our own ridiculous tendency to go to any extreme to avoid offense, as well as the folly of trying to ignore your own limitations instead of learning to cope with them 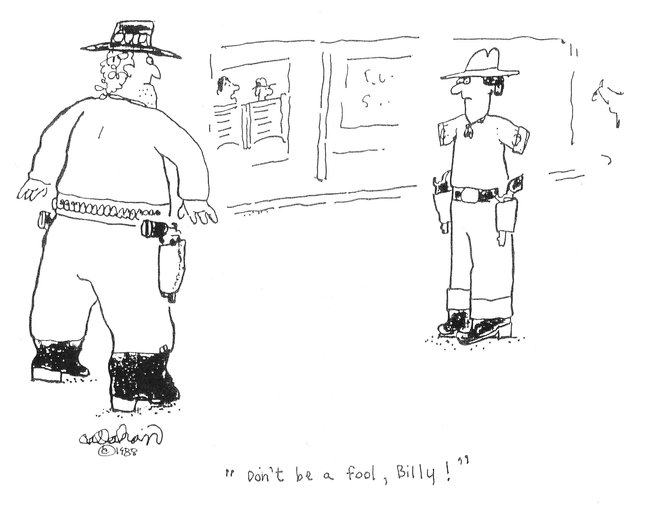 I can imagine what he'd draw to commemorate his death: a mob of straight-laced, conservative people dancing on his grave.  It would be captioned "Callahan throws a party."

The world just became a duller place.
No comments: 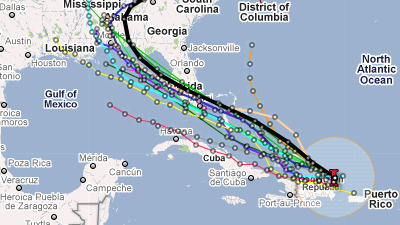