The City Of Miami Beach Versus an Innocent Bird

So I wrote a letter to the City of Miami Beach regarding Mr. Clucky:

The following question or comments were received about the: City Attorney
website.

So here's the reply they sent:

Thank you for your email to the City regarding Mark Buckley's rooster, Mr. Clucky. We appreciate you taking the time to give us your comments about this matter. It is important to clarify that the City has no issue with the daily activities of Mr. Buckley and his rooster; this is solely about the issue of where the rooster is housed by his owner.

The City of Miami Beach prides itself on its unique character and charm. That is no doubt why so many people have chosen our city as their year-long home, where they can live, work and play.

However, the City received a complaint about a rooster and other farm animals living in an apartment unit in the city, and we are obligated to investigate all complaints received. We were able to confirm that a rooster and a hen were living in one unit of an 11-unit apartment building that is located in the heart of a multi-family (apartment) building area of the city. According to our City code, keeping livestock, poultry or farm animals is not allowed.

Our records do not reflect that any complaint was ever made about Mr. Buckley and his rooster for their activities on Lincoln Road or throughout the City, no violations ever been issued to Mr. Buckley for riding around with his rooster, nor have code compliance officers investigated these daily activities. Mr. Buckley's activities with his rooster in our City streets are not the concern, merely where the rooster is housed, as it is in violation of current
City code.

Thank you again for taking
the time to share your comments with the City.

All I can say is that the reading comprehension skill of the Office of the City Manager suck!

If they had read the my original email, they would already know that since Mr. Clucky isn't being raised for "use," that is, food, eggs, or his feathers, he is not livestock. Using an argument already proven false to support one's position shows a certain lack of intelligence.

Bu then, the city has been playing kind of fast and loose with definitions all over the place.

"Poultry" is any bird raised for consumption. Since Mr. Clucky isn't being eaten, he isn't poultry.

Taxonomically, there is no such thing as a "farm animal." Ultimately, "farm animal" is any animal that lives on a farm. Most farmers have dogs; my grandaddy's farm had pride of cats that were excellent ratters.

So if the City of Miami Beach is saying that "farm animals" are not permitted, then every dog
and cat in the city limits must similarly be evicted. 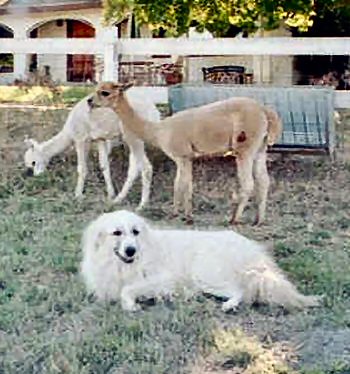 So here's the deal; if the City moves ahead with its assinine attempts to remove a person's pet, we should all report every single violation of City Ordinance. I can provide photographs of all kinds of "farm animals" to quantify our perfectly valid and reasonable complaints.

Those DIRTY farm animals!! We don't want them in OUR city!