With a name like VENOM, you sold this stuff?

So here's the first sentence of the article in the Miami Herald's Action Line column:

The Food and Drug Administration is warning consumers not to take Venom HYPERDRIVE 3.0, a product sold as a dietary supplement...

... substantially increase blood pressure and heart rate, and may present a significant risk for people with a history of heart disease, heart failure, irregular heart beats or stroke.

Hmm. Venom. Even though I'm pretty sure what that means, I'm checking Merriam-Webster:

ven*om (noun) poisonous matter normally secreted by some animals and transmitted to prey or an enemy chiefly by biting or stinging: material that is poisonous.

Yeah, that's what I thought.


There are two disturbing things to consider here:
The company who makes this stuff has a website full of pictures of pumped up musclemen, which leads me to conclude that the name of their product is a reference to, of all things, Batman. Or more precisely, one of Batman's villains, Bane. 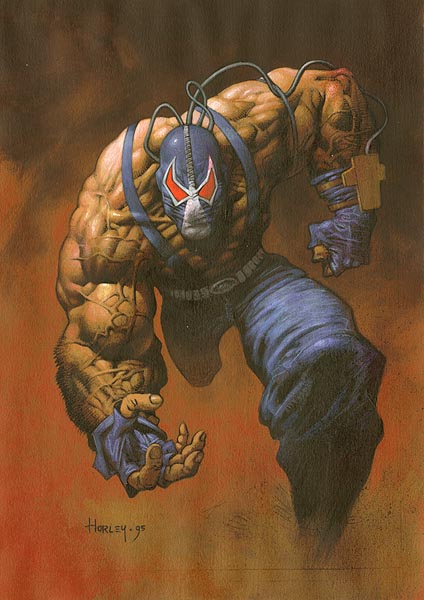 Bane, in his original origin story (they keep revising it) was a prisoner who was the subject of a scientific experiment. An evil experiment.

The mad government (not ours) scientist injected the slight and sickly Bane with a drug called Venom, and he instantly bulks up into a crazed powerhouse. The corrupt prison warden basically makes a bargain with Bane; they will keep him hopped up with Venom, and he will basic destroy anyone or anything that the warden wants destroyed. Faced with life in prison as a 98 pound weakling, Bane agrees. He is fitted with a device that administers the drug directly into his skull (pretty!). He can increase the dosage by tapping a button on his wrist; the more venom in his system, the stronger he gets.

Of course, in addition to making Bane stupidly powerful, it's also more addictive than anything on the planet. And like any addictive drug, you eventually need more of it to feel even a minimal amount of effect.

Ultimately,Bane is defeated by being forced to take too much Venom. The results are, shall we say, messy.

So let's review the marketing points:
I guess I just don't understand marketing.
Anyway, the company made a product called Venom that - surprise! - can kill you.

BTW, the company has the recall notice up on its website - prominently - and is offering a new version; without the narcotic. And they dropped Venom from the name. Now it's just "Hyperdrive 3.0."

When it had "Venom" in it, it could kill you, and after they removed "Venom," it won't.

Maybe it's really 'truth in advertising.'

Email ThisBlogThis!Share to TwitterShare to FacebookShare to Pinterest
Labels: dictionary-fun, hell in a handbasket, oops