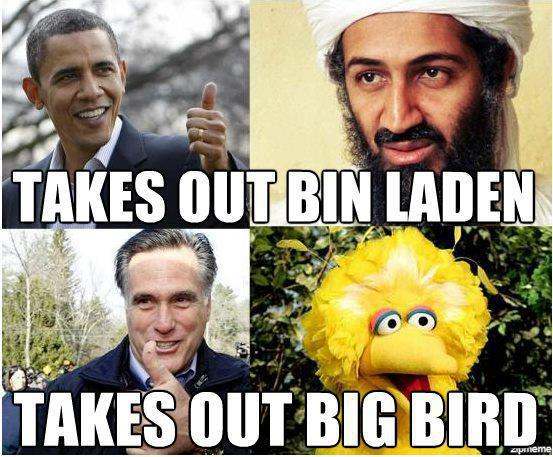 We're spending $300 million dollars PER DAY on the war in Afghanistan.  Obama is trying to remove our troops from Afghanistan in a safe and responsible manner.  Mitt says we shouldn't pull our troops out of Afghanistan just because it's expensive.

It seems to me that Mitt is saying we have to take Sesame Street away from inner city kids because we need to kill people on the other side of the planet.