Race and the Peanut Butter and Jelly Sandwich

Perhaps you've heard about the comments elementary school principal Verenice Gutierrez made during an interview with the Portland Tribune:


“What about Somali or Hispanic students, who might not eat sandwiches?” says Gutierrez, principal at Harvey Scott K-8 School, a diverse school of 500 students in Northeast Portland’s Cully neighborhood.  “Another way would be to say: ‘Americans eat peanut butter and jelly, do you have anything like that?’ Let them tell you. Maybe they eat torta. Or pita.”

While I can't find a quote where she flat-out states that a PB&J is racist, the article frames it as "example of a subtle form of racism in language..."


"...the premise is that if educators can understand their own “white privilege,” then they can change their teaching practices to boost minority students’ performance."

The implication we're getting is that by including peanut butter and jelly sandwiches on school menus, schools are subtly pushing a diet that reinforces some kind of white privilege. Or at least, as some news sources are interpreting it; "Peanut Butter And Jelly Sandwiches are Racist."

Sound ridiculous?  It does sound unlikely.  But to simply claim that it's ridiculous isn't the same as debunking the statement.

Let's look at the history of the sandwich, to see if it really is tied to some kind of privilege.

And of course, we have to start with peanuts.

The Origin of Peanut Butter: Part 1

Peanuts are native to the Americas; the Aztecs ground them into a paste for use in many dishes.  This mealy paste probably wasn't very spreadable, but it was certainly made of peanuts.

The Aztecs were not considered white, as far as I've been able to determine.  Neither were they Latino, although some people often confuse all denizens of Central and South America as being Latin or Hispanic, instead of Native American.


I haven't been able to determine if Aztecs reserved peanuts in any form for the noble class.

The Origin of Peanut Butter: Part 2

In 1884, Marcellus Gilmore Edson of Montreal, Quebec, Canada, was issued a U.S. Patent for a process of milling roasted peanuts between heated surfaces until they entered "a fluid or semi-fluid state."  The resultant product was described as having "a consistency like that of butter, lard, or ointment."

Peanut butter as we know it in the USA is usually credited to Dr. John Kellogg.  Yes, the man who put corn flakes on our table also put peanut butter on our tables.  In the 1890s, he developed it as an alternative protein source to meat. In St. Louis, Dr. Ambrose Straub prescribed it to patients who had no teeth.  It was introduced to the world at large in 1904, when C.H. Sumner promoted it at his booth at the St. Louis Universal Exposition as a health food.  Heinz (yes, the ketchup company) advertised its health benefits in magazines.

But it took a black man to put peanut butter into large-scale production.  George Washington Carver was trying to help black farmers improve their land; their primary crop of cotton removed minerals from the ground which rendered it fallow.  By rotating crops of peanuts through their fields, the soil would be renewed for productive yields.  The farmers were reluctant to change their habits, so Carver worked out 105 practical uses for peanuts, including peanut butter.

Once he demonstrated the usefulness of the legume, farmers were willing to take a chance on a crop that had not been in demand before then.

The Origin of the PB&J Sandwich

Prior to Dr. Carver's work, peanut butter was indeed considered a delicacy.  The creation of the peanut butter and jelly sandwich is credited to Julia Davis Chandler in 1901.  Variations were served almost exclusively at fashionable tea rooms. 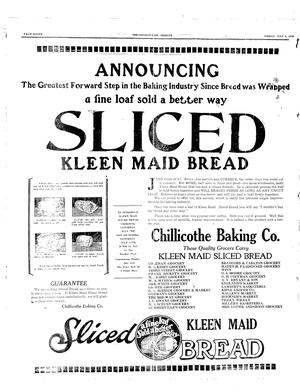 But two things contributed to the downfall of the sandwich as a rare treat: the drop in the price of peanuts thanks to increased production (see above) and the invention of - wait for it - sliced bread.


"Sliced bread meant that children could make sandwiches for themselves without slicing the bread with a potentially dangerous knife.  As a consequence of low cost, high nutrition, and ease of assembling, peanut butter sandwiches become one of the top children's meals during the Depression."
-- Peanuts: the Illustrious History of the Goober Pea

Peanut butter and jelly sandwiches have become ubiquitous in school cafeterias not because they reinforce any level of white privilege; they are wide spread because they are cheap to make, and packed full of nutrients.  Further, the popularity of peanut butter and other peanut products have supported generations of black farmers, who were convinced to plant the crop by a black man, George Washington Carver.

While we can find no evidence that Ms. Gutierrez actually considers that PB&J sandwiches advance some kind of racist agenda - intended or otherwise - we can safely conclude that such claims have no substance.