One of the campaign planks the Republican Party has been standing on is that President Obama's economic polices are a disaster, that he doesn't understand business, and that he's doing more harm than good.

An example of this is the bailout of the US automotive industry.  Key Republicans told us that this was a terrible plan, one that might well end capitalism as we know it.

In case you've forgotten their opinions at the time,  ThinkProgress gathered a number of quotes from GOP leaders on the issue; here's a sample:
And who can forget this declaration from Mitt Romney, the presumptive Republican candidate for President?:

"If General Motors, Ford and Chrysler get the bailout that their chief executives asked for yesterday, you can kiss the American automotive industry goodbye. It won't go overnight, but its demise will be virtually guaranteed."
-- Mitt Romney, New York Times, November 18, 2008

Read that bit again: "its demise will be virtually guaranteed."  Strong words.  But as the GOP will tell you, Romney is an expert in business.  So he should know, right?

And lo, four years later, his prophecy is born out...

General Motors announced plans Friday to add a third shift at its SUV plant in Arlington, Texas, as the company continues to ramp up production after deep cuts during the financial crisis.

The additional shift will keep the facility running around the clock, and will generate roughly 800 additional jobs...

Now, with auto demand coming back, "lots of companies across the board are adding shifts and adding third shifts," Dziczek said.
-- CNN Money, June 22, 2012

Hey, wait a minute.  That's exactly the opposite of what Mr. Romney said would happen.  In fact, General Motors, whose demise was "virtually guaranteed," has added a third shift because they need to meet the demand for new cars.

I wonder what could be driving demand?  Maybe that's in the headlines, too -

Gas prices are down.  But according to "experienced businessman" Mitt Romney, Obama's been dead set on making gasoline more expensive:

Last week Mitt Romney told Fox News that Obama "has done everything in his power to make it harder for us to get oil and natural gas in this country, driving up the price of those commodities in the case of gasoline."


That's two strikes for Mitt.  I guess that magic underwear doesn't make him a prophet.

Of course, he's not as wrong as Newt Gingrich was:

"...the American people will know the President is still committed to his radical ideology, which wants to artificially raise the cost of energy."
-- TIME, March 20, 2012

Of course, the truth is that the President of the United States has very little ability to affect the price of gasoline, as reported by Fox News in 2008.

The GOP has a history of being wrong about gasoline prices and the automotive industry.  While it's important to recognize that the GOP was wrong on this issue, we must also realize that had we followed their advice, it would have cost this country tens of thousands of jobs.

According to the Center for Automotive Research, “if the government had not invested in the automotive industry, up to 80,000 automotive jobs would have been lost, and General Motors alone would have lost one million units of sales in 2009. Once Chrysler and GM emerged from their ‘orderly’ bankruptcies, the growth of automotive sector employment has been strong, with 52,900 workers added since July 2009. Had GM and Chrysler not successfully emerged, those jobs would have been permanently lost.”
-- thinkprogress.org

Had the GOP had its way, we'd have lost all those jobs, the sales, and manufacturing capacity. Again and again, the GOP keeps claiming that it knows better than everyone else, and and time and time again, events prove that they are decisively wrong. 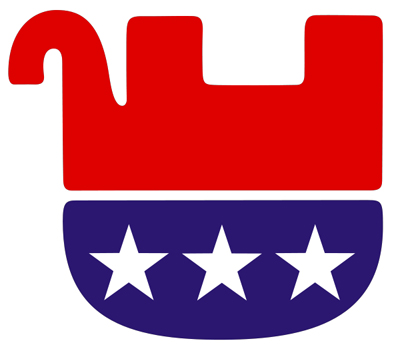