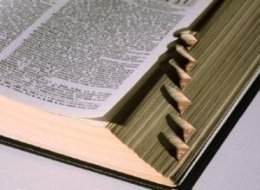 The Washington Post recently wrote an inflammatory piece that claims that GOP wunderkind Marco Rubio has lied about his past.


...a review of documents — including naturalization papers and other official records — reveals that the Florida Republican’s account embellishes the facts. The documents show that Rubio’s parents came to the United States and were admitted for permanent residence more than two-and-a-half years before Castro’s forces overthrew the Cuban government and took power on New Year’s Day 1959.

The supposed flight of Rubio’s parents has been at the core of the young senator’s political identity, both before and after his stunning tea-party-propelled victory in last year’s Senate election.

The gist of the article is that Rubio's parents were not exiles.  The story insinuates that since they voluntarily came to the United States before Castro took over Cuba, the Rubios can not be considered exiles.

But what, exactly, does exile mean?  Let's look it up.

Well, that pretty much skewers the Post's position.

By the strict definition of the word, it does not matter why they left.  Did they plan to go back?  Since they didn't apply for citizenship until the 1970's, I'd have to say that they originally planned to return to Cuba at some point - and in fact, they did so, in 1961.  Finding that Castro was no improvement over Batista, they returned to the United States for good.

And if the simple fact that apparently no one at the Post owns a dictionary weren't enough, the blog Random Pixels found plenty of news stories in a Miami newspaper that refer to Cuban exiles, starting as early as 1948.

The Miami Herald responded to the Post article with an analysis of its own, showing once again that liberal media bias is a myth.


The Post also says "the supposed flight of Rubio’s parents has been at the core of the young senator’s political identity." That's a stretch. The actual story of the "flight" is far less emphasized than the fact that Rubio's an Hispanic Republican, and the child of immigrants and exiles

Further undermining the Post's claim that Rubio has been lying about his family history, the Miami Herald talked to Rubio about his pending autobiography, and touched on this very subject!


Rubio clearly told us his parents came here before Castro took power. He struggled to recall the year (this isn't in the story, it's in my notes) and said it was in "57 or 58 or 59."

But the Herald article also notes:


Rubio's inability to remember these specific dates isn't much of a surprise. Rubio is sometimes sloppy. When he was in the Florida House, he failed to disclose a loan at one point and fill out his financial disclosures properly. He rung up a host of personal and questionable expenses on a Republican Party of Florida credit card and couldn't show how they furthered party business.

This "sloppiness" is why I won't ever vote for him for any office.  I've known a lot of "sloppy" people.  It's not evidence of dishonesty, only a lack of attention to details.  And in Rubio's case, some of those details are pretty important.

But Marco Rubio is unquestionably a child of exiles.  Whether he's a good candidate for office is an exercise best left for the individual.