I have no problem with anyone expressing their opinions; we all have them, and we all think they're wonderful.

But when you have to lie to support your opinions, well, I have to wonder what kind of broken mind is at work.

A local blogger took some photos on his trip home.  And down towards the bottom of the page, he rants and raves about the express lanes on I-95 in Dade County"

And see those two totally empty lanes to the left? Yeah, that’s the key – empty.

And here's the photo he uses to support his rant: 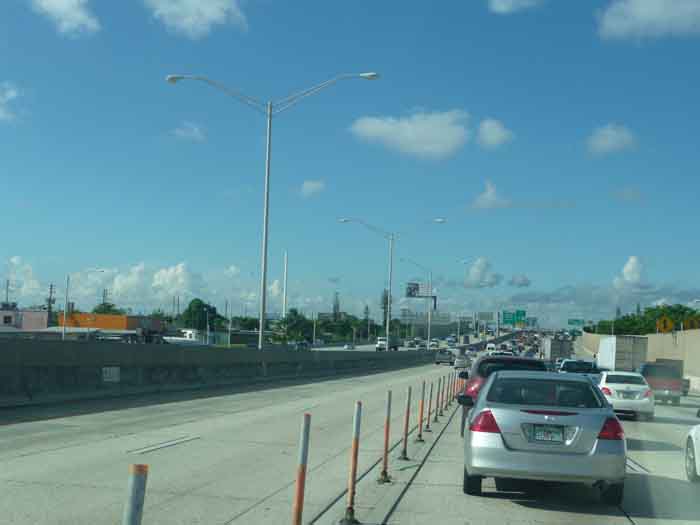 So you read his rant, you take a cursory glance at the picture, and you think - 'wow, those lanes ARE a waste!'

But you have to realize two things: first, this is a STILL photo not a video, and second, there are at least four cars in the lane at the moment in time caught in the photo.  Don't see them?  Let me help you: 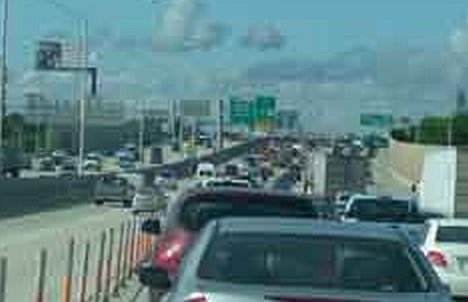 See them there at the left?  You've got a pickup truck, a van, and SUV, and some smaller car.  They're about 12 or so car-lengths ahead.  You can place them by the lamp-posts in the photo - they are at the third post away from the camera.

So why is it important that this is a still and not a video?  Because you can't gauge the relative speeds, or how long the lanes are really "empty."  The four cars in that lane are likely only a few seconds ahead.  Another grouping of cars could be on the verge of coming into view, but we'll never know.  If this fibbing guy wants to prove something, video is the way to go.

The truth is that the I-95 Express lane has improved traffic flow on this section of I-95.  If you're using the lane, you're zipping by the fibber taking this picture.  But don't feel to bad for him: his average speed on this section has sped up, too.  Just not as much.