Apparently, Casey Anthony's attorneys went to the Perry Mason school of law; they watch too much television. That's the only way I can explain their completely ludicrous comparison of Casey Williams to a fictional TV character. 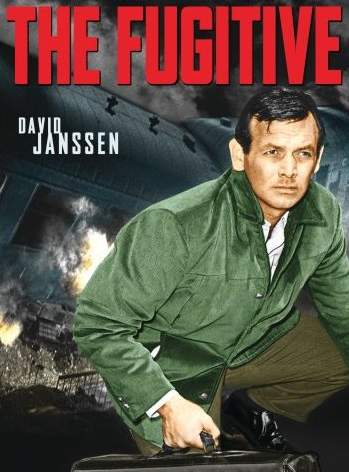 That's right, her lawyers claim that Casey Anthony is a real-life Richard Kimble, the lead character in the 1960's TV show The Fugitive. Harrison Ford reprised the role in the film of the same name.

Kimble and his wife have an argument, and he leaves to cool down, almost running down a one-armed man. Hours later, he comes home to find his house wide open and his wife murdered. The police show up and find him holding his dead wife, and he's arrested for the murder. They find no evidence of the One-Armed Man, and it's doubtful they even looked very hard, given the witnesses who saw Kimble and his wife argue on several occasions.

He's convicted of her murder, but an accident sets him free. Does he run off and start a new life, free of the ol' ball and chain? No, he spends all his time trying to find his wife's true killer.

So now let's look at what we know of Casey Anthony's case:

Her daughter, Caylee, seems to have dropped out of sight around June 10, 2008. Casey's parents asked their daughter about it, and she replied that Caylee was with a friend. It was several weeks later, in July, before she finally claimed that a baby sitter had absconded with Caylee back in June, and only then were the police were informed.

Casey claims she was doing her own investigation during that time. But not one person she was with ever heard her claim the child was missing. Not her new boyfriend, with whom she stayed for several weeks after Caylee seems to have disappeared. Not her best friend, with whom she was going to move in with, and from whom she stole several hundred dollars.

Over a month after her daugher disappeared, she led the police to an apartment she claimed had belonged to her daughter's nanny: not only did no one by that name live at that apartment, no one had lived in that apartment at all for 4 months. She stated that she had tried to call the babysitter, but there was no answer. When asked, she couldn't supply the phone number to the police; she didn't know it. She did point out a building that she said her 20-something nanny had lived in before: it turned out to be a "seniors only" facility.

She told police that she had met the nanny at work; Universal Studios. The nanny also sat for a co-worker, Jeff Hopkins. Her other co-worker Juliette Lewis would remember. But the police discovered that Casey had been fired two years previously, and that the other two had never worked there, if they even existed.

Fictional Kimball supplied information to the police before his trial, the police weren't able to go anywhere with it.

Real-life Casey supplied information to the police, and it's all been revealed to be flat-out lies.

No, Casey Anthony's case is nothing like The Fugitive's.