We Coulda Been Talking about Tax Returns

A couple of weeks ago, you may recall Ann Romney said that she and her husband wouldn't be releasing any more of his tax returns;


"You know, you should really look at where Mitt has led his life, and where he’s been financially," she said in her interview with Robin Roberts. "He’s a very generous person. We give 10 percent of our income to our church every year. Do you think that is the kind of person that is trying to hide things, or do things?"
-- ABC News

Of course, this led me to ponder other things, since there weren't decades of financial disclosures to analyze.  And I mused about the secret goings-on of his religion, the Church of Jesus Christ of Latter-Day Saints.

When the South Florida Daily Blog linked the story, some anonymous commenter tried to paint me as some kind of latter-day Nazi.


Man or maniac sounds just like the nazis did in the twenties and thirties. I'll bet he won't attack Islam like he attacks the LDS.

And I replied to that remark, and in that reply I made an offer;


...I'll be glad to post more information regarding their activities that they don't want the general public worrying about. Like why they're so interested in Genealogy.

But by pro-active use of procrastination (put off a task long enough, and it will finish itself), I find that other outlets have picked up the story.


Romney Keeps Mum on Mormon Baptism of Jews
Pressure builds to respond to baptism of Nazi-hunter's parents
A researcher discovered that the late parents of famed Nazi-hunter Simon Wiesenthal were baptized in Mormon ceremonies in Utah and Arizona last month. "Can you believe it?" a stunned Wiesel asked on MSNBC yesterday. Wiesel was also placed on the Mormon to-be-baptized list.

That's right; the Mormons are baptizing dead people into their faith.  The story continues:


The Mormons believe people can be baptized after death, and baptized hundreds of thousands of Holocaust victims until they agreed to stop the practice in 1995. They have also baptized Anne Frank, Josef Stalin, and Adolph Hitler, notes MSNBC.

Technically, Mormons are only supposed to baptize ancestors, but obviously that has been loosely interpreted.

This is why they are so interested in Genealogy; once someone has been accepted into the faith, they trace that person's entire lineage so they can baptize every single one of their ancestors to make everyone in the family a member of their religion.


We learn in the New Testament that baptisms for the dead were done during the Apostle Paul’s time (see 1Corinthians 15:29). This practice has been restored with the establishment of The Church of Jesus Christ of Latter-day Saints.

Because all who have lived on the earth have not had the opportunity to be baptized by proper authority during life on earth, baptisms may be performed by proxy...

Baptisms for the dead are performed by Church members in temples throughout the world.

Now, if you don't have any religious convictions, this probable sounds like much ado about nothing.  It's not like they're digging up graves, or desecrating tombs.

But if you take your religion seriously, then this is an inexcusable attack on the sacred dead.  It's nothing less than spiritual abduction; the dead are not consulted, they are simply taken.  It's kidnapping.  It's rape.


The church insists the deceased have "the right to choose" whether to accept Jesus Christ as their savior.
-- The Huffington post

Do they really?  I can't recall the last time a dead person actually made any informed decision outside of their Last Will and Testament.

Tell you what, let's ask Harry Houdini, the great magician and close friend of Sir Arthur Conan Doyle.  Doyle, as you may know, was an avid spiritualist, while Houdini was a skeptic who spent the last years of his life debunking Spiritualism and exposing the trickery used by mediums and mentalists to con their patrons. 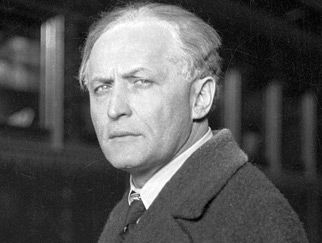 "I've said everything I intended to say from beyond the grave to Arthur Conan Doyle." 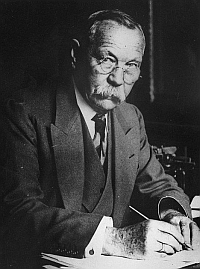 "But Harry - you didn't say anything!" 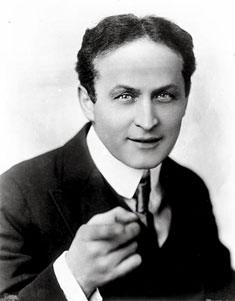 "EXACTLY!"
Dead men tell no tales, and they certainly can't ask to be baptized into the secretive Church of Jesus Christ of Latter-Day Saints.  Nor can the dead tell the Mormons to stop what they're doing.  That's part of the whole "being dead" thing. But that won't stop Mormons from doing it anyway.  After all, the dead are also very poor at holding public demonstrations. 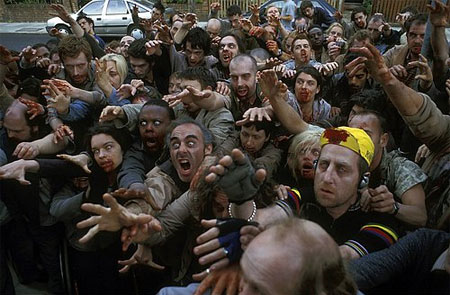 Until the zombie apocalypse, that is.
At which point, feel free to baptize as many as you can.
Right about now, I'll bet the Romneys are wishing they'd distracted us with two decades of tax documents instead of leaving us all this time to wonder about other stuff.