OK, I wasn't going to start in on the race to select the next Republican candidate for President.  I figured I'd wait until they select one.  First, because none of the candidates are very good choices, and second, I figure "why not let them select the worst of the lot and make Obama's campaign a slam-dunk?"

Of course, I'm less confident of that since shitheads like Frank Paruas elected Rick Scott as Florida's governer, even though they thought he probably really was guilty of the largest Medicare fraud in the nation's history, because "he was the Republican candidate."

But now Newt Gingrich of all people is questioning someone else's honesty. That's right, Mr. "Sorry you're fighting for your life against cancer but I'm leaving you for this woman I've been cheating on you with" thinks he has some moral high-ground in this campaign.

From the CNN article:


In particular, Gingrich cited claims in Romney ads that he resigned in disgrace from the House in 1999 after being cited two years earlier for an ethics violation.

"I did not resign in disgrace," Gingrich declared, and he also rejected the assertion that the $300,000 he paid to cover the cost of the investigation against him was a fine.

Oh, really.  So I suppose Newt would have us believe he resigned in victory.


“It’s fundamentally false,” Gingrich told me Sunday on “This Week.”  “It’s typical of [Romney's] whole campaign.  He knows… that this is a purely phony charge.”
- Jake Tapper's ABC News Blog


Rep. Newt Gingrich (R-Ga.), the charismatic soul of the Republican Revolution whose members turned on him after unexpected losses in Tuesday's election, announced yesterday he will quit as speaker of the House.
- Washington Post, November 7, 1998

I guess they "turned on him" in adulation, huh?


Sources say Gingrich made the choice when he was told that as many as 30 Republicans would refuse to vote for him on the floor of the House. A close associate of Gingrich said the speaker did not want to be the center of attention and distract his party for the next two years.

"On November 3rd the Republican Party hit an iceberg. And I think the question that is before our conference today is whether we retain the crew of the Titanic," said Largent, an ex-pro football player and member of the Hall of Fame.  "Clearly the last two years are nothing to be proud of."
- CNN, November 6, 1998

It seems that Newt wants us to believe that Largent was comparing Gingrich to the team responsible for the worst shipwreck in recorded history in a good way. 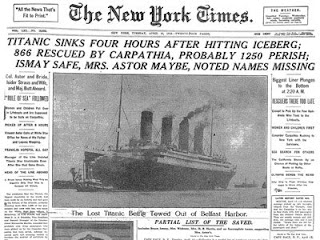 "At least Newt didn't kill 1,517 people"
But those are his jealous co-workers; members of his own party that Newt could reasonably argue had an agenda to frame his resignation in negative terms.  What did the American people think of his untimely resignation?


Americans overwhelmingly gave a thumbs up to Newt Gingrich's resignation...

The poll showed 70% of respondents favor Gingrich's departure... Ninety per cent said Republicans should find a speaker who tries harder than Gingrich did to work with the Democrats, not against them.
- NY Daily News, November 9, 1998

I dunno, when everyone is glad you're gone, comparing your leadership to that of the Titanic's, I don't see how you can say there isn't some element of shame in there.

First, let's determine what a "fine" actually consists of:


fine (noun);
3 a: a sum imposed as punishment for an offense
b: a forfeiture or penalty paid to an injured party in a civil action
- Merriam-Webster.com

OK, so a fine is a sum imposed as a punishment, or a penalty paid to an injured party.  What did the media say about it at the time?


The House voted overwhelmingly yesterday to reprimand House Speaker Newt Gingrich (R-Ga.) and order him to pay an unprecedented $300,000 penalty, the first time in the House's 208-year history it has disciplined a speaker for ethical wrongdoing.

In addition, five Democrats voted "present," many of them saying they believed the sanction was not severe enough. "If Newt Gingrich did what they said he did, he should have been censured," said Rep. Maxine Waters (D-Calif.), one of the five who voted "present." A censure, second only in severity to expulsion, would have threatened Gingrich's speakership.

The speaker was barely visible yesterday, staying away from the House floor during the 90-minute debate and vote on his punishment.
- Washington Post, January 22, 1997

So Newt is lying his cheating little ass off when he claims that he wasn't fined for his ethics violations.  And he's lying when he says that Romney is lying about it.

When you examine the facts, when you look at the history, it's clear that Newt Gingrich was found guilty by his Congressional peers, that he was charged a massive penalty - which he did pay, by the way - and that he did resign in shame a year later.

Everything that Gingrich claimed was "fundamentally false" is in reality "factually correct."

Fact - his Congressional peers found him guilty of ethics violations.
Fact - the $300,000 was a fine intended to punish him.
Fact - he did resign under a cloud that would have shamed any man of conscience. 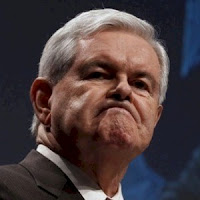 Gingrich said something else:


"You cannot be president of the United States if you cannot be honest and candid with the American people," Gingrich said.
- CNN, January 29, 2012

Well, I hate to say it, but I agree with Newt on this one.  Newt, I expect you to withdraw from the campaign by the end of the week. It's the honorable thing to do.

Which is why I won't hold my breath waiting for you to do it.

Email ThisBlogThis!Share to TwitterShare to FacebookShare to Pinterest
Labels: election, hell in a handbasket, I Blame Frank, republicans, right-wingnut