Casinos are Bad for Business 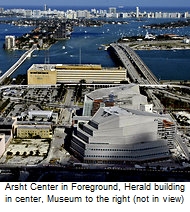 Miami Today reports that the Adrienne Arsht Center for the Performing Arts is concerned about the casino proposed for the site of the Miami Herald.


Concerned that the Arsht Center area would be overwhelmed by a giant resort casino, the Town Square Neighborhood Development Corp. is asking lawmakers not to approve mega-casino legislation without fully considering the traffic impacts

That's a legitimate concern; I'm from Atlantic City.  And I can tell you that it gridlocks twice a day due to the sheer volume of buses dropping off gamblers in the morning and picking them up in the evening.  Pacific Avenue becomes almost impassable for several hours twice each day, lined with tour buses trying to loop through the city streets and back to the expressway.

But honestly, the traffic should not be our biggest concern about the proposed casino.  While traffic in that area completely sucks now, and adding a casino will indeed make it into the worst area on the planet to traverse during rush hour, it's just an inconvenience.

The real problem is where the people coming in on those buses will be spending their money.  They'll be spending it in the casino.

What anyone from Atlantic City can tell is that while casinos do indeed bring millions of gamblers to that city every year, casinos haven't stimulated the local economy for non-casino related businesses.  Quite the opposite. 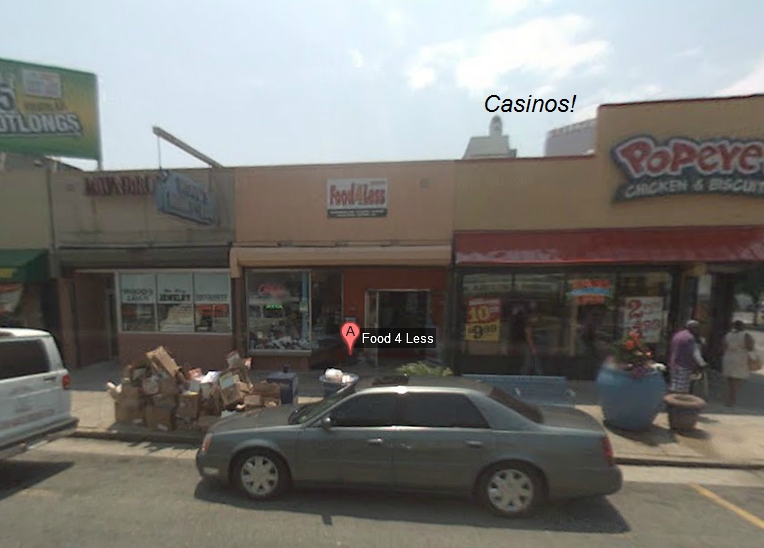 There are no movie theaters in Atlantic City.  There isn't even a supermarket; residents either drive off the island to a neighboring town, or use one of the ten corner markets still operating.

Here's a photo of a typical grocery store in Atlantic City.  You can see the Claridge poking over the top of the building.

While that Popeye's Chicken is relatively new, there's a been a 40% decline in the number of restaurants in Atlantic City.  Most of those were fine dining; a fast food joint with 6-8 people per shift isn't an improvement over a restaurant with a wait staff of a dozen or so people collecting tips, not to mention kitchen and bar staff.

The bottom line is that we have to consider is this; what benefit does this proposed casino really bring to Miami?

Atlantic City was a blighted city before the casinos came, and it's mostly a blighted city now; only there are fewer places for locals to work; most of those promised jobs went to people with experience who came in from out of state.  And while some locals are employed at casinos, the jobs lost as local businesses folded erased the gains.

That also means that there are fewer places for tourists to spend their money.  And this despite the fact that the number of visitors skyrocketed with the advent of casinos.  Casinos, by design, keep people inside the casino.  So yes, you have HUGE acts coming to play the casino stages, and people drive for miles to see them.  But every dime is spent inside the casino.  They have a meal in the casino, see the show, maybe try their luck by dumping their pocket change into a slot machine, then head home. 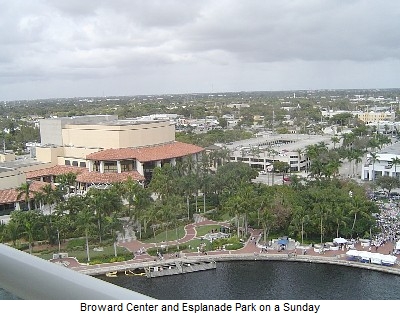 The Performing Arts Center is drawing people who would love to have dinner before the show, and a drink after.  This demand is not yet being met by area development, but the Arsht Center is only a few years old; we can turn to the Broward Center and the Kravis Center, both of which were built in blighted areas, both of which are now at the heart of destination neighborhoods, to see the promise of the futures.  The museum will do the same, and some folks might see a show and wander to the museum, or stop in first before seeing their show.

Miami should be looking for development that would enhance the Performing Arts Center, and infuse the area with new businesses that will work in symbiosis with it and the soon to be opened Museum.

A casino is absolutely the worst thing they could bring to the city.  It will be black hole that strips dollars away from the local businesses, creating a zone of blight around it.

Email ThisBlogThis!Share to TwitterShare to FacebookShare to Pinterest
Labels: casinos, hell in a handbasket