Call in the MythBusters! OK, Mythbusters team: I have a myth for you to bust: people being gravely injured by flying hot-dogs.

Coomer says Slugger tried to throw a hot dog behind his back. Instead of sailing out of Slugger’s hand, the suit says, “Slugger lost control of his throw, or was reckless with his throw, and threw the hot dog directly into Plaintiff”.

No, that's not the implausible part. This is what I want to see put to the test:

The suit says Coomer suffered a detatched retina and developed a cataract in the injured eye, and that he expects to have future medical expenses because of the injury.

That must have been some hot dog, or Slugger should probably be pitching from the mound instead of tossing snacks to fans. A hot dog weighs what, 3 ounces? Sure, there are monster dogs are maybe 4 ounces, the "quarter pound dog." But we're talking baseball park franks.

How much force does it take to create the kind of trauma associated with retinal detachment? How fast would that hot dog have to be traveling to impact with that force?

Unless, of course, Slugger was
hurling something like this:
I mean, sure, if it's a 12 foot long fiberglass set piece, I could see where that could do some damage. Or that Oscar Mayer car/van thingie. But this guy says that Slugger threw it, by hand, from behind his back.

Man, if Coomer wins this suit, the Royals better have Slugger pitching next season.

When I was a kid, I'd probably have stood my little brother out in the back yard, and hurled franks at him until he was blind. But we've grown up, and my brother served in the Army and can kick my ass. Not to mention his proficiency with firearms of various sorts.

But Jaime and Adam could fire hot dogs at watermelons, or catapult them at water balloons. And then there are the variations: does a steamed hot dog hit as hard as a grilled dog? Was it actually a stale bun instead of the franfurter? Does relish affect the flight path? I see a very messy warehouse by the end of the session.

And what causes a retina to detach? Yes, trauma to the head and face is at the top of the list. No surprise there. We've seen all those medical dramas on TV. But so can extreme near-sightedness, and cataract surgery... wait, didn't the lawsuit mention the alleged victim had cataracts? 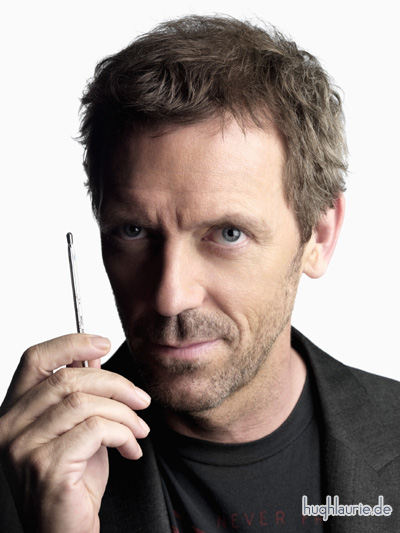 Victim has cataracts. Victim has a detached retina. Maybe this could be an episode of HOUSE. He could send the team scurrying to break into the guy's optometrist's office to see if he'd already been diagnosed with cataracts before going to the game. I can see him sneering at Cuddy; "He's SCAMMING you; he's just trying to get Major League Baseball to pay because his insurance won't cover it!" Pouring over video of the game, they find footage of the stands showing the alleged victim crushing a hot dog against his own face in all the confusion. Commercial. Confronted with the overwhelming facts, patient relents. The activist that House called in the first half of the show agrees to make Coomer a health-care crisis poster child, and an abashed Congress instills a single-payor system like the rest of the civilized world. Roll end credits.

You do know House is fiction, right?

Or maybe it was a one-in-a-million shot and that hot dog really did cause his retina to detach. Shit happens. I'd still like to see Jamie and Adam work out if it's PLAUSIBLE. 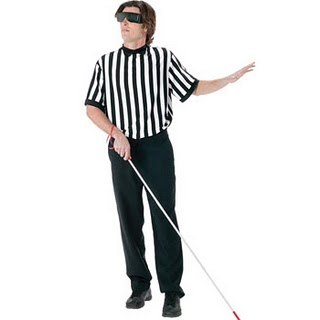 Either way, perhaps the Royals can still help the guy out: they need umpires, don't they? Coomer would be a natural!

Email ThisBlogThis!Share to TwitterShare to FacebookShare to Pinterest
Labels: healthcare, hell in a handbasket