WPLG Channel 10 brings us a chilling story.  Imagine you park your car in your assigned spot at your condominium.  It's your car, it's paid for, done deal.  It's your spot, paid for.

You go out of town.  And while you're away, the condo association decides to re-pave the lot.  And when you come back,  you no longer have a car.

That's what happened to Diana Lilue.  She left, knowing her car was safe and secure at home.  Only, it wasn't. 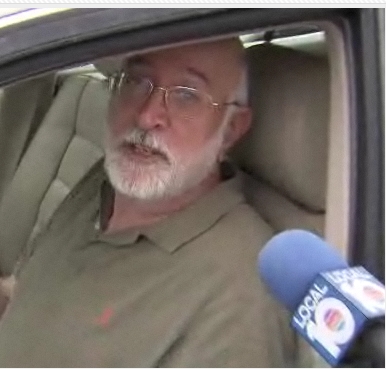 Instead, Mark S. Roth, president of the condo association and the worst neighbor in human history, told the towing company to "tow it away."  Which they did.  And then they sold the $15,000 car for $1,448.88 to cover the cost of towing it and storing it.

Technically, it wasn't stolen, so she can't collect insurance on it.

Technically, the towing company was legally engaged to remove it.

Technically, the yawning cesspool jokingly referred to as "condo law" permits the association to remove vehicles that were in the way.

But, as noted above, it could have been moved to another location, or returned later.  The towing company even states that that is what most condo associations do.  After all, at the end of the day, your fellow condo owner is your neighbor.  Just because a thing is legal, it does not follow that it is right.  Roth's action, while legal, was humanly irresponsible.

But Mark S. Roth apparently doesn't give a shit about his neighbors, or doing a turn for someone who is ultimately a partner in a cooperative venture.  He's the kind of sleazeball who gives condo associations a bad name.  He's the guy who's made the term "condo association" derogatory.

And of course, he knows he's an asshole.  Given a chance to tell Channel 10 that it was simply "an association matter" or that "it was nothing personal,"  Roth intead completely ignores reporter Jeff Weinsier, marching up to the condo's concierge desk and demanding that the police be called to remove the reporter and his crew.

"But we're guests of Diana (Lilue)!" Wiensier protested.  "You're not guests of the association!" Roth barks.

How does an asshole like Roth live with himself?  Easy - he's an asshole.  Asshole's just don't give a sh*t about other people.

So watch out if you're near Hollywood's Hillcrest Condominium - it's being run by an asshole.

Email ThisBlogThis!Share to TwitterShare to FacebookShare to Pinterest
Labels: abuse of power, greed, hell in a handbasket