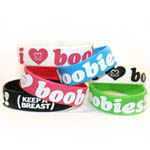 The Keep A Breast foundation was simply trying to create a catch phrase that would keep awareness of breast cancer in the public eye.

They never imagined that grown-ups would take offense.

But the boobs who run the high school in Rocklin, California have taken disciplinary action against a student wearing one of the bracelets.

I guess dying of cancer doesn't offend them as much as the word boobies.

You have to wonder, did any of them, at any point, do what they're supposed to be teaching our children to do, and open a dictionary?

This is what got their knickers in a twist?  We haven't seen a display of ignorance since some dunces in Wilmington, North Carolina, decided that "niggardly" was a racial slur.  (it's not.)

Kelly Avants, a boob for the Clovis Unified School District, is quoted:


"...jewelry with sexually suggestive language like 'boobies' is not allowed on our campuses. Please understand that the issue is related specifically to the choice of language on these bracelets and the fact that it specifically violates our existing dress code policy.” 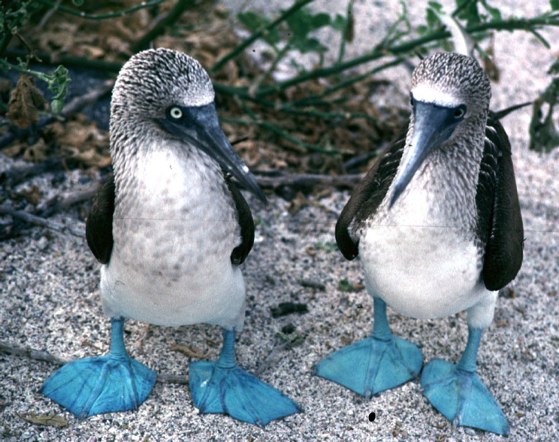 So, Kelly, you find boobies to be sexually suggestive?  Really?

I got to be honest with you, I think that anyone who finds "boobies" to be "sexually suggestive" is need of serious therapy.  I mean, I see a booby and think "stinky fish breath."

It's sad that ignorant boobs are allowed to run our school system, where they can rain down punishment on children doing nothing more than showing awareness of the critical health issues that they and their families and friends face.

In fact, I find it offensive that ignorant boobs are permitted to work in education, where they can inflict and instill their painful ignorance on our children.  Boobs like these have denigrated our entire scholastic endeavor.  I think anyone offended by the word "boobies" should be terminated from their jobs in education.


Jim Aisenbrey, the Principal of Baltic High School in South Dakota, is quoted by NBC4i:


"If you say, 'No, we're not going to allow them,' it's going to appear insensitive to the cause, which is not the case, but at the same time you also have people in the community that would be upset if that was allowed," 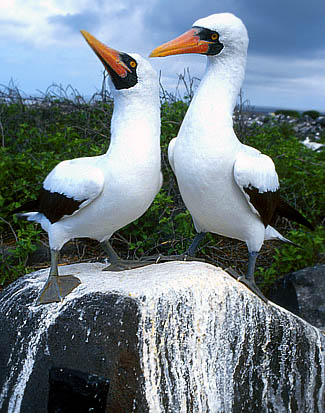 Are you a man, or are you a booby?


And what will you do when the Audubon Society starts celebrating National Titmouse month? 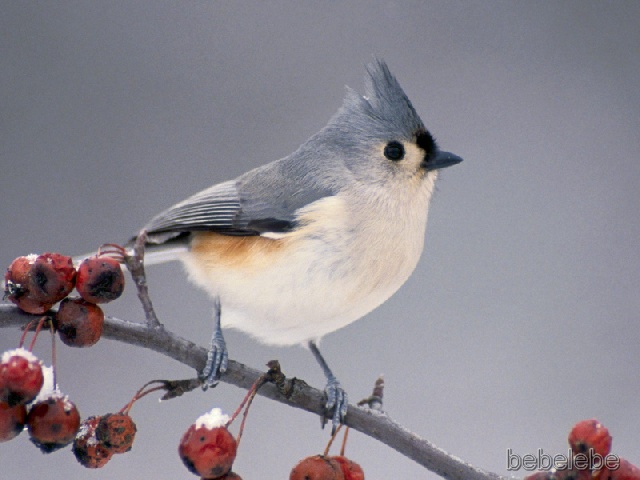 Email ThisBlogThis!Share to TwitterShare to FacebookShare to Pinterest
Labels: dictionary-fun, hell in a handbasket